Coyote Country wants you to imagine having an extra Ten Thousand Dollars! How would you spend it?

Would you pay off bills? Put money down on a new car? Install hardwood flooring? Or, would you take a well-deserved dream vacation? Well, maybe we can help make your dreams come true.

Each weekday, listen to 102.7 Coyote Country for the Coyote Cash Codes. We’ll announce the code words at the top of the hour during the odd hours beginning at 5:00 am. You’ll have 15 minutes to type the code word into the entry form above or through the free Coyote Mobile App.

The more codes you correctly enter during the contest period, the more chances you’ll have to win a Ten Thousand Dollar Stash of Cash on November 1st.

Plus, you could randomly win five hundred dollars every time you play. Just make sure to answer your phone if we try to call you! Don’t miss out!

We want to make your dreams come true! The Coyote Cash Code, brought to you by Meineke, Doing Car Care Right.

Seven Must See Shows And Musicals In Las Vegas

Las Vegas, The Entertainment Capital of the World, is slowly becoming VEGAS again.

Casinos are reopening at full capacity, LIVE events are coming back, and social distancing is becoming a distant memory.

Tourists and locals alike are ready to experience life again and what better way than to adventure in Las Vegas entertainment?

Lets take a look at the best shows Vegas has to offer: LAS VEGAS, NEVADA – OCTOBER 29: The Penny Pibbets character wears a modified water bottle on her head as a safety helmet as she performs during the “Absinthe” show at Caesars Palace on the Las Vegas Strip on October 29, 2020 in Las Vegas, Nevada. After being shut down in March because of the coronavirus (COVID-19) pandemic and leaving most people in the industry without work, entertainment is beginning to return to Las Vegas as production shows implement increased safety protocols to comply with current government COVID-19 guidelines. Spiegelworld, the producer of “Absinthe,” put several precautions and procedures in place to reopen, including changing the layout of the seating in their spiegeltent venue, installing an air purification system and decreasing the guest capacity. (Photo by Ethan Miller/Getty Images)

“Michael Jackson ONE by Cirque du Soleil is an electrifying fusion of acrobatics, dance and visuals immersing the audience into the world of Michael’s music.” 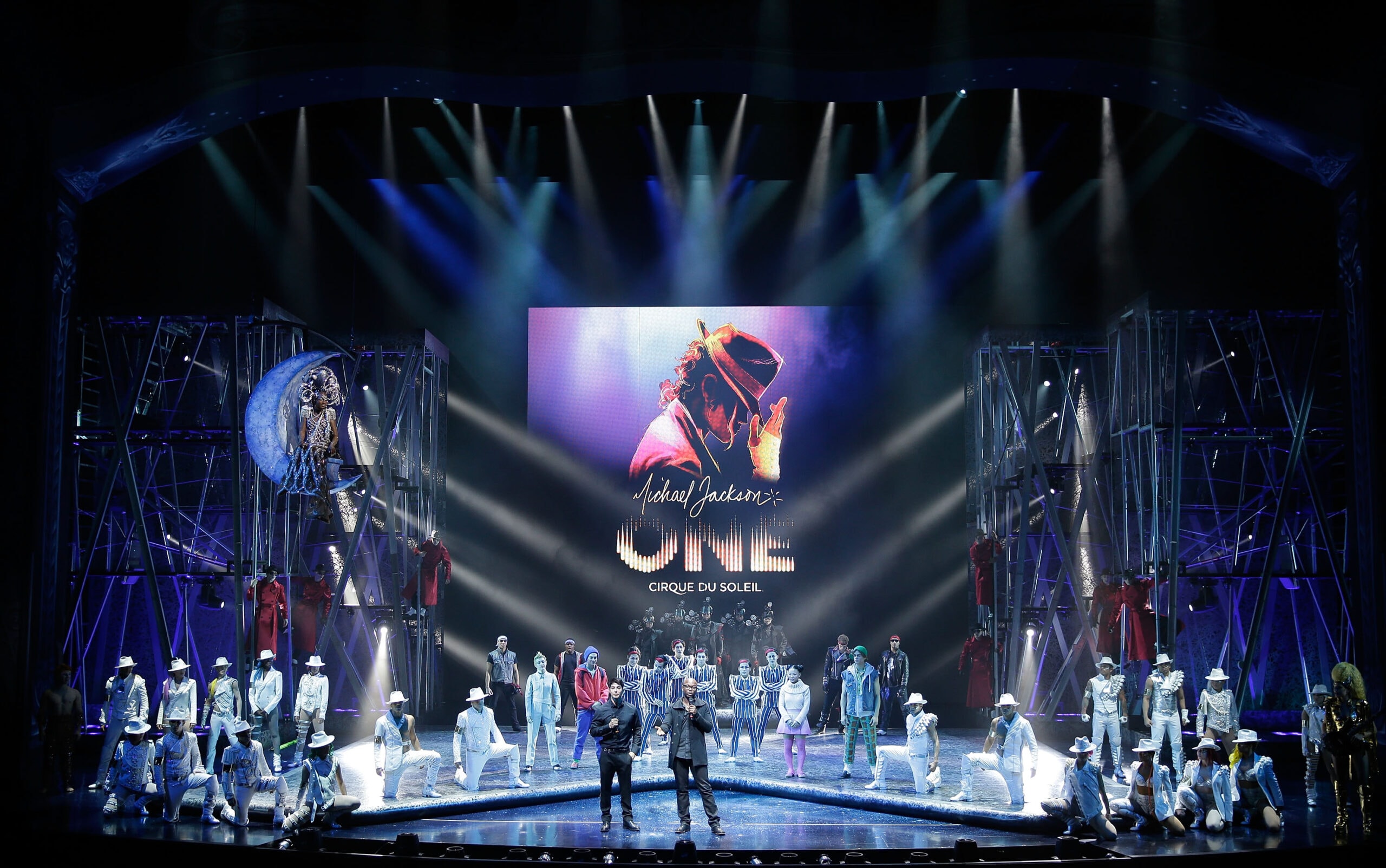 “O” weaves an aquatic tapestry of artistry, surrealism and theatrical romance in the timeless production.” LAS VEGAS, NV – SEPTEMBER 30: Benedikt Negro performs as the character Le Vieux during a rehearsal for Olympian Ryan Lochte and dancer Cheryl Burke for their “Dancing with the Stars” performance with the cast of “O by Cirque du Soleil” at the Bellagio on September 30, 2016 in Las Vegas, Nevada. (Photo by Ethan Miller/Getty Images for Cirque du Soleil) “Magic Mike Live is a first-class entertainment experience based on the hit films Magic Mike and Magic Mike XXL. The show features sexy and daring themed dance routines punctuated by one-of-a-kind acts from a wildly diverse cast of performers.” 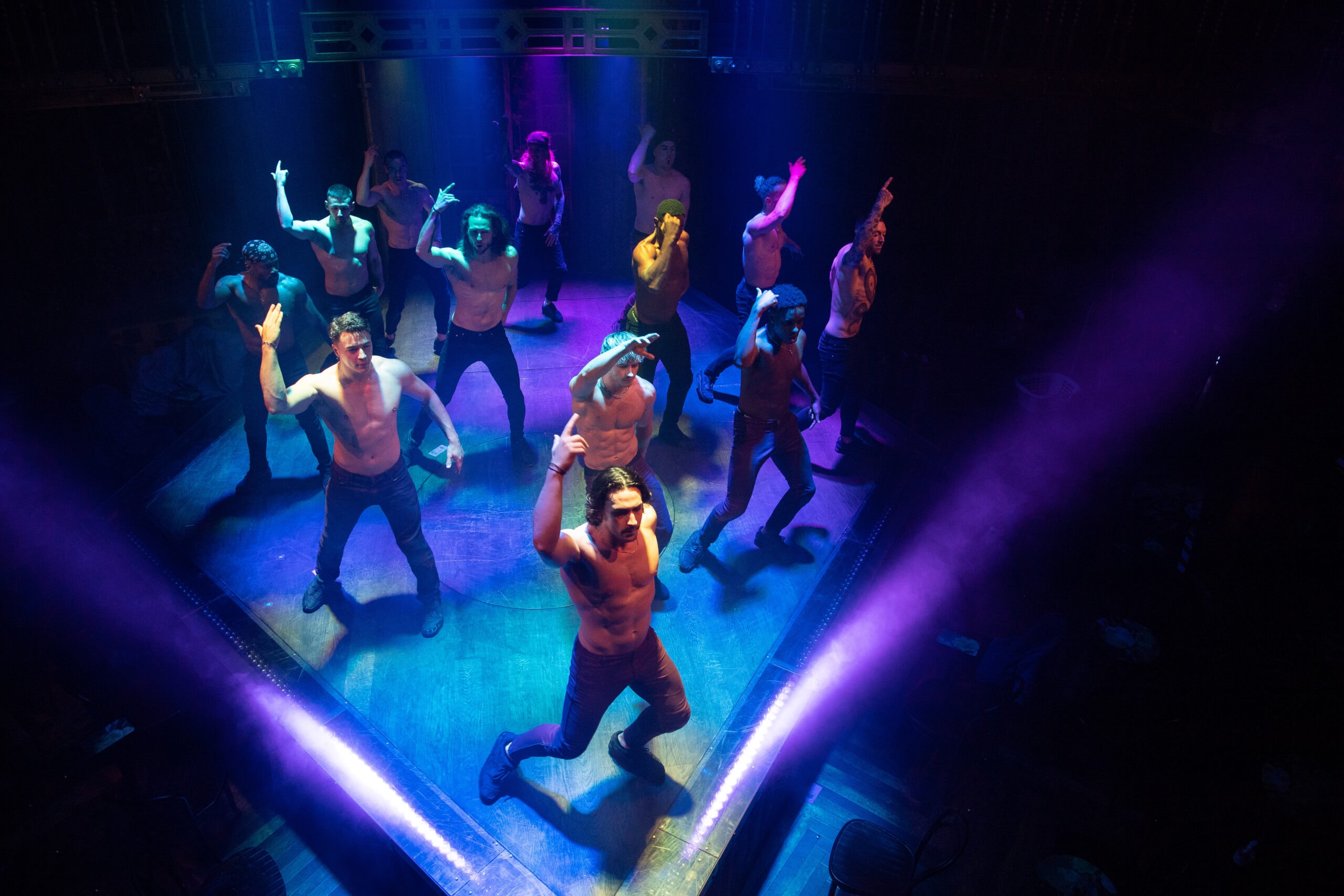 “The Beatles LOVE by Cirque du Soleil tells a unique story from every angle, while a three-time Grammy winning soundtrack sets the backdrop for thrilling aerial acrobatics, colorful new imagery and reimagined choreography.”

Location: The Mirage Hotel and Casino LAS VEGAS – JUNE 27: Performers ride a Volkswagen Beetle across the stage during a preview of “The Beatles LOVE by Cirque du Soleil” at The Mirage Hotel & Casino June 27, 2006 in Las Vegas, Nevada. The show, a joint artistic venture between The Beatles’ company, Apple Corps Ltd., and Cirque du Soleil, will hold its gala premiere on June 30. (Photo by Ethan Miller/Getty Images)